You are watching: News 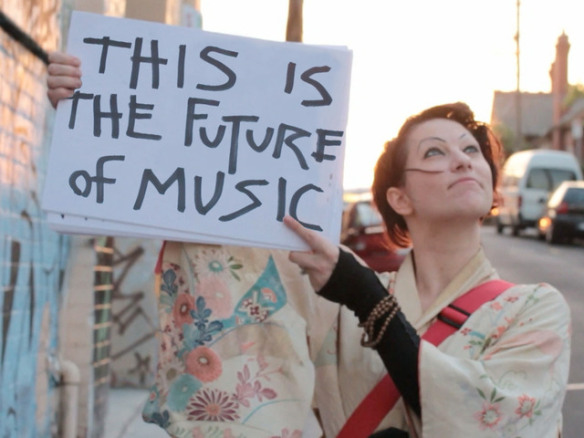 Amanda Palmer, or as she calls herself, Amanda Fucking Palmer,  is an alt rock icon who has made ingenious use of social technology to redefine the relationship between the artist and her fans. She’s a rule breaker who got her start as a performance artist in the ’90s by dressing up as an 8-foot bride statue in Harvard Square. Since then she has organized flash mobs resulting in pillow fights on urban streets and a weddingin New Orleans. Oh, and she sings. Sometimes she performs “ninja” gigs where she invites a few hundred fans over Twitter to catch a performance.

Last June, the Dresden Dolls singer pulled in a record-setting $1.2 million through a Kickstarter campaign to support her album and tour. In September, when the album was released and the tour was beginning, Palmer posted a note on her blog, asking for “professional-ish horns and strings for EVERY CITY to hop up on stage with us for a couple of tunes.” In return, “We will feed you beer, hug/high-five you up and down (pick your poison), give you merch, and thank you mightily for adding to the big noise we are planning to make.” Nowhere did she say she would pay them, whichsome professional musicians found galling, especially since just three months earlier she had raised more than a million bucks.

Her response to her critics was compelling enough to capture for the A TOTAL DISRUPTION episode above.

Facebook in talks to offer 1 Billion for Waze We are beyond flattered at the Twitter Buzz regarding our coverage of Waze a revolutionary traffic app, in our web series "Startup Life" back in October 2012. A Total D...

Check out the full interview on our new Search & Discovery platform. You can search the interview down to the word to learn more about what interests you! During SXSW, 2013 in Austin, Texas, Amanda Palmer put on ...