What do Amanda Palmer, Shepard Fairey & Russell Brand have in common.  They are all Chief Executive Artists!

The CEA Bundle from award-winning filmmaker Ondi Timoner features three short films that highlight the following powerhouse artists: world-renowned graphic artist, Shepard Fairey; musician and Kickstarter record-breaker, Amanda Palmer; and comedian and actor, Russell Brand. For every bundle purchased, $3 will be donated to these three amazing charities ($1 to each) as chosen by the film’s subjects: HeadCount, The Teen Project’s Freehab, and Honor The Treaties. 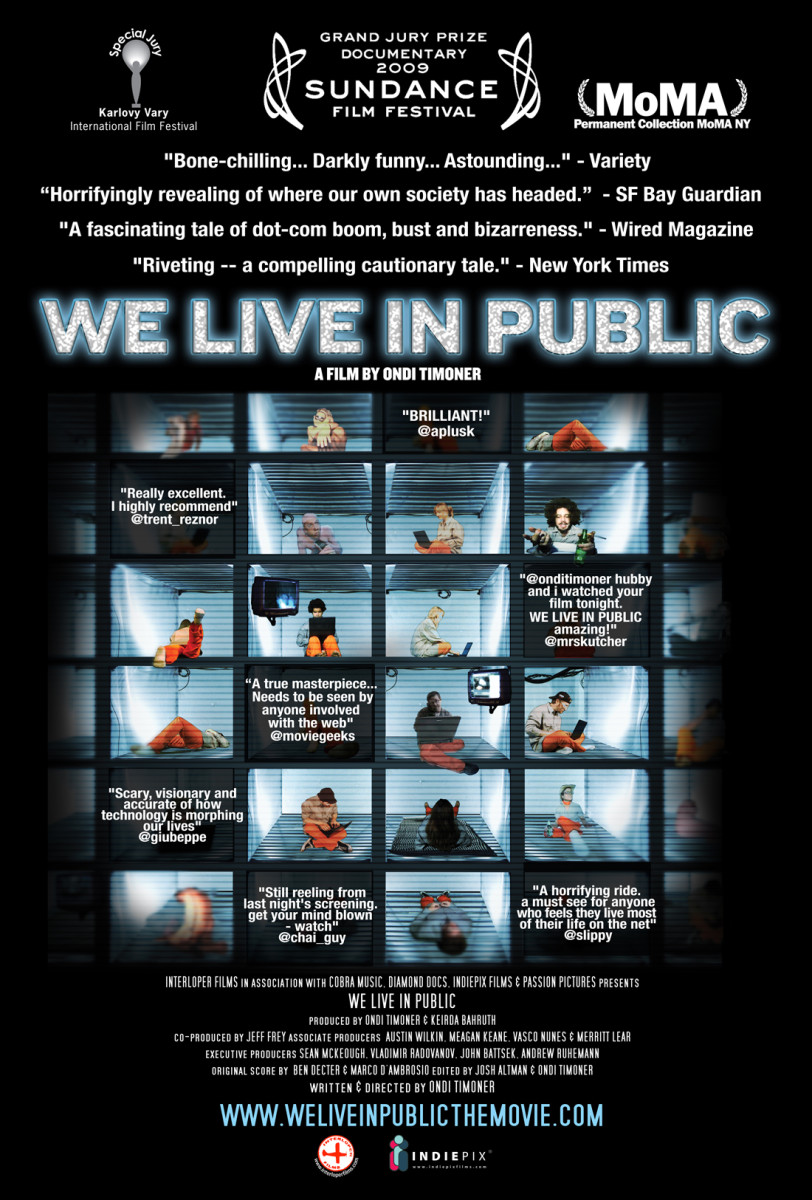 Grand Jury Prize, Sundance Film Festival 2009 – Permanent Collection MoMA, NY Ten years in the making and culled from 5,000 hours of footage, WE LIVE IN PUBLIC takes a look through the eyes of “the greatest Internet pioneer you’ve never heard of”, the artist, futurist, and visionary, Josh Harris, to reveal the effects of the web on our society.  Harris, called the “Warhol of the Web”, founded Pseudo.com, the first Internet television network during the dot-com boom of the 1990s. He also curated and funded the ground-breaking project “Quiet”, putting over 100 people in an underground bunker in NYC where they lived together on camera for 30 days. Before reality television and the explosion of online social networks, Quiet showed how willing we are to trade our privacy for the elusive promise of connection offered by technology. Harris’ experiments, including a six-month stint living under 24-hour electronic surveillance, led to his mental collapse and demonstrated the price we pay for living in public. Director Ondi Timoner won the 2009 Sundance Grand Jury Prize for this riveting tale of what to expect as the virtual world takes control of our lives (sound familiar?). 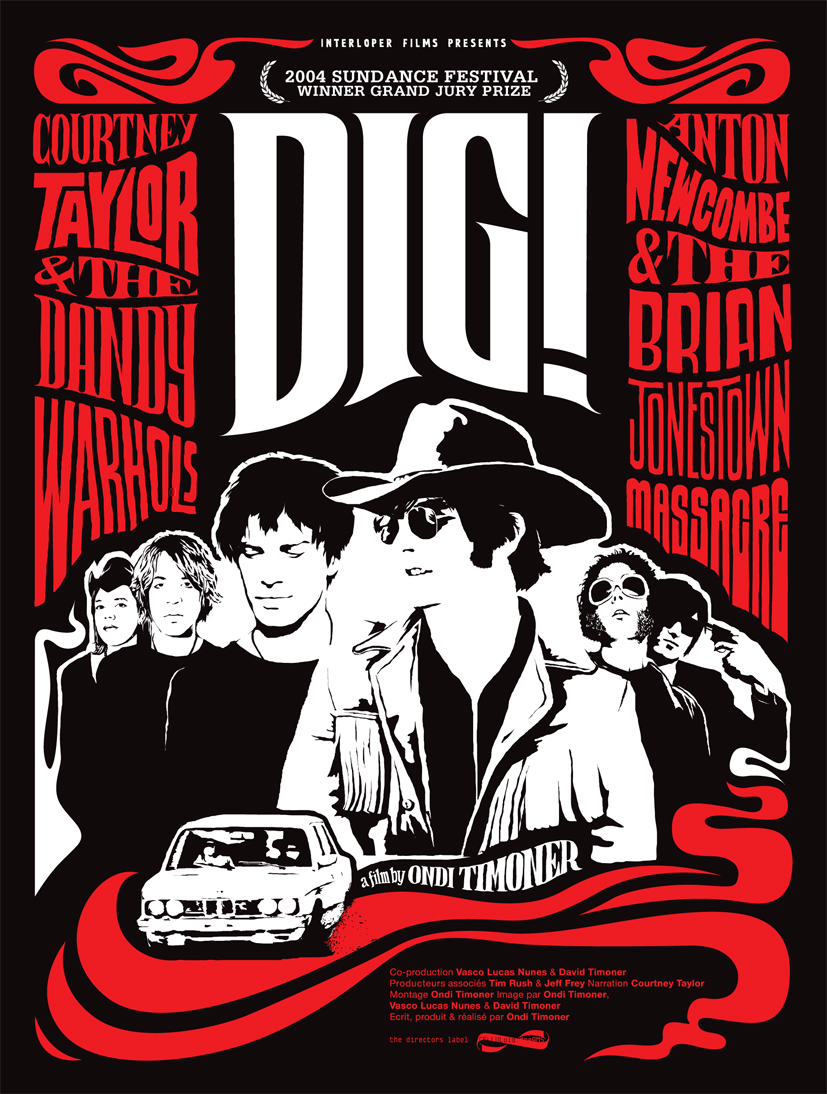 Grand Jury Prize, Sundance Film Festival 2004      – Permanent Collection MoMA, NY Called the “real Amadeus,” Ondi Timoner’s DIG! has become a cult-classic the world over, ranking as the #1 music film in the UK by Digital Spy and making Enterainment Weekly’s list of the top 25 films of the last two decades. In 1996 Anton Newcombe and his band, the Brian Jonestown Massacre, were hell-bent on staging a revolution in the music industry alongside their friends, the Dandy Warhols. While Anton’s creative psychosis bred original art, his journeys to the remote areas of the human mind destroyed every opportunity for financial success. While the Brian Jonestown Massacre forged a path of destruction, the more ‘well-adjusted’ Warhols, led by Courtney Taylor, navigated the corporate sea, maintaining their creative edge while starring in mega-budget music videos and playing packed stadiums. DIG! won the 2004 Sundance Grand Jury Prize for capturing both musicians’ love and obsession, gigs and recording, arrests and death threats, ups and downs – and how choices between art and commerce unfold. Shot over seven years and culled from 1,500 hours of footage, DIG! follows Newcombe and Taylor’s descent from star crossed friends to bitter rivals as their bands’ choices over how to express their creativity and originality in a profit-driven industry put them at irreconcilable odds.

World-famous graphic artist, Shepard Fairey, produced this limited run of 200 prints for our Kickstarter backers. There aren’t too many left, but they are so gorgeous we can’t help but imagine them lighting up homes across the world with the inspiration to create what’s in your brain!  So we are extending the offer to you until they are gone. These ultra-quality prints are signed by both Ondi and Shepard, so get ‘em while they’re hot! 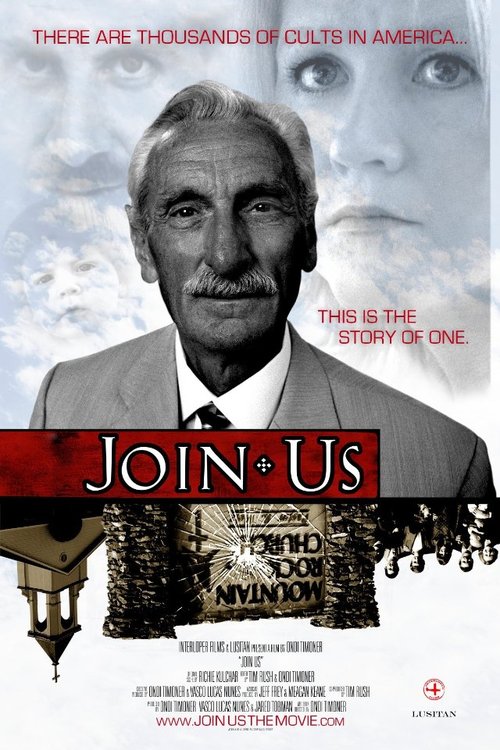 Nominated Grand Jury Prize, Los Angeles Film Festival – Winner of Special Jury Award, Sidewalk Moving Picture Festival – Nominated Grand Jury Vancouver Film Festival JOIN US follows the story of four families who escape a church they realize may actually be a cult, and check into the only accredited live-in cult treatment center in America, so they can try to be deprogrammed off the mind control.  At Wellspring Treatment Center, they learn the eight techniques of mind control so they can begin to unravel how they were convinced to give up control of their lives to the Pastor and severely abuse their children. As they emerge from the safety of the treatment facility, the ex-cult members return to their homes, struggling to build normal lives and bring their former Pastor to justice.  JOIN US also gives a voice to the cult leader and his wife as they work to rebuild their congregation and cope with the betrayal of their church family.  Using an intimate, verité-style, including hidden cameras,  the filmmakers paint a human portrait of the power of mind control, and all of our susceptibility to it.  The film also attempts to answer why America is the world’s number one breeding ground for cults. 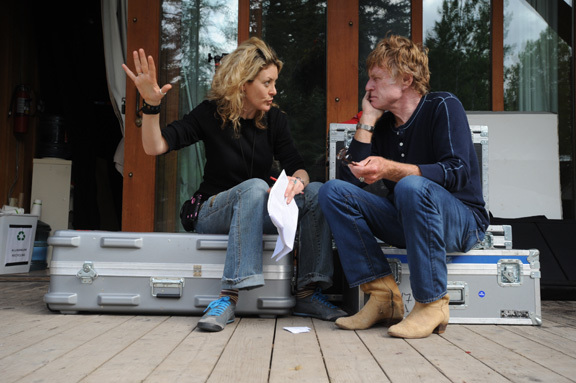 Struggling to find the right distributor? Don’t know who the audience is for your doc? Having trouble with that final edit? Fear no more, Dr. Ondi is here to help. She will spend a half-hour on the phone, meet with you in person, or on Skype to consult on what ails you. $500 for a half hour of Sundance-winning advice certain to get you on the right track.